In this black comedy about the perils of vanity, jealousy and revenge, director Jonathan Demme combines the superstar power of Meg Ryan and Michelle Pfeiffer– with a dazzling array of ground-breaking special effects- to tell the crazed fable of two women and their desperate thirst for the fountain of youth.

Francesca Fisher (Pfeiffer) is a vainglorious, man-eating horror novelist. Maggie Ridgemont (Meg Ryan) is the witchy woman of the title: a mousy, would-be author and part-time sorceress. These former friends and long-time rivals fall out yet again when Michelle steals Ryan’s milquetoast, cosmetic surgeon fiancée Benedict (Alec Baldwin), seemingly more because she is worried about ageing—and wants to one-up Meg once more—than because she has feelings for him. 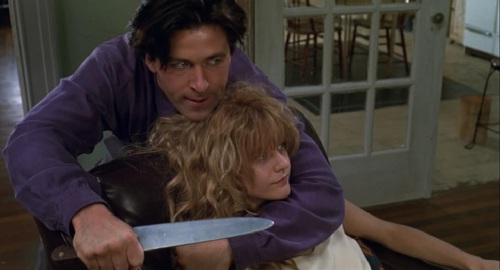 Fast forward a couple of years and the film dips into Hitchcock territory when Maggie, now transformed into a confident, voluptuous vamp with a best-selling book, bursts back into Francesca’s life. Intent on exacting retribution, she plans on seducing her former beau and getting him to murder her rival. Francesca is beside herself. What can she possibly do to thwart Maggie’s machinations? 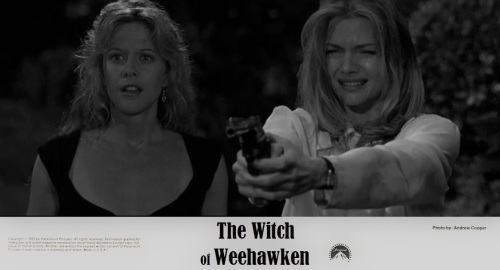 In desperation, Michelle visits the reclusive Annie Reed (Kathy Bates) creator of a magical serum which restores youth and bestows magical powers. Reed is a High Priestess and potioneer, who for reasons unexplained speaks in a broad Scottish brogue. The less said about Kathy’s performance here the better. Her twitches and eye-rolling quickly become irritating and it’s difficult to understand why she took this role just a year after her Oscar-winning turn in Misery. Her ludicrous Scottish accent is distracting enough to sink this movie on its own. 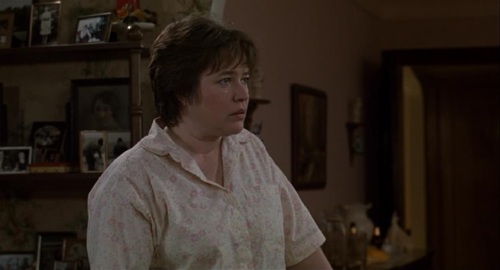 Thankfully Pfeiffer and Ryan have no problems in the accent department, each slipping easily into the New York vernacular. Michelle rages through the movie like Joan Crawford on speed, all snark and cocked eyebrows. Ryan on the other hand, obliterates all trace of her usual sunny effervescence, to match her co-star with an equally flamboyant and absurd performance. Both go through amazing transformations of face and figure after drinking the potion. Little realising there will be a price to pay for this miraculous reversal of the ageing process.

In their summer preview for 1992, Premiere magazine hailed Meg and Michelle as “Demme’s Dueling Divas” and in a TV profile/joint promotional interview (I wish I knew which show they appeared on) Meg & Michelle traded one-liners and barbs as they played along with the notion that The Witch of Weehawken was a parody of their real-life relationship. The angle was something along the lines of Meg wanting some of Pfeiffer’s critical acclaim, and Michelle envying Meg’s box office numbers, and her status as The Queen of Romantic Comedy!

Look beneath the marketing hype, and both are parodying a part of their own images in this film: Pfeiffer as the grande dame of acting and Ryan as the pert ingenue with sultry pout. Watching them 30 years on, it’s startling how much the film has to say — about life, beauty, friendship, revenge and redemption. It’s certainly not a message picture, but knowing how Meg and Michelle’s careers would eventually turn out you can’t deny the poignancy of the film’s final scene. 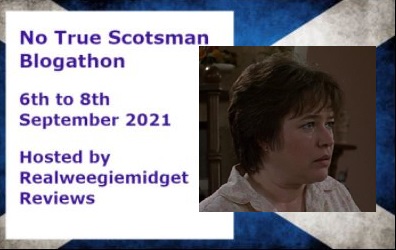 Kathy Bates in The Witch of Weehawken is my offering for the No True Scotsman Blogathon. Hosted by Reelweegiemidget Reviews