Flesh and Bone is a film that gets under my skin. A dark tale of fate, guilt, love and family. This doom-laden sojourn into Southern Gothic is beautiful, moving and macabre, and it passed almost unseen on its theatrical release in 1993. 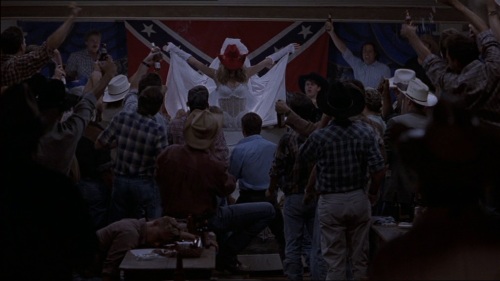 Dennis Quaid plays Arlis Sweeney, a vending machine stocker who travels the desolate plains of West Texas haunted by a childhood memory. One bad night, when his father Roy’s (James Caan) abortive burglary culminated in the murder of a family, leaving a crying infant as the only survivor.

The secret Arlis has borne for thirty years is etched in his face, as he stoically avoids any emotional attachments; visiting the same towns, eating the same food, sleeping in the same beds and then starting all over again.

His obsessive routine is disrupted however, when he crosses paths with Kay Davies (Meg Ryan), a feisty young woman who’s running from a broken marriage. Kay joins him on the road and they soon become intimate, but just as they’re on the cusp of a future together, the sudden reappearance of a figure from his past, and a chance discovery, lead Arlis to a devastating realisation. 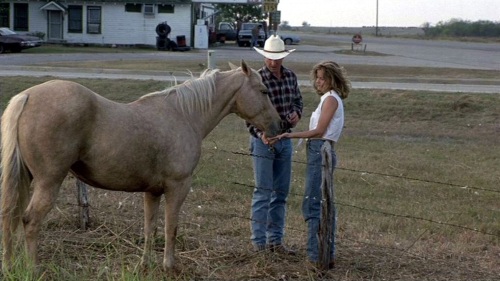 Flesh and Bone is a poetic vision of loneliness and isolation, The arid West Texas countryside rolls by, but these characters are running out of road. Every turn is taking them to the same place, a destination where lives turn on a pivot of fate and destiny. It’s the kind of film where portentous dialogue announces, “Storm’s coming, I can feel it.”

Dennis and Meg have a delightfully casual interplay, but they are also able to express so much with just facial expressions. Meg in particular nails the insecurity and hesitancy under Kay’s brash, invulnerable front. Ryan’s work is both sultry and superb, culminating in the scene where she walks through the miles of empty fields surrounding her abandoned childhood home. 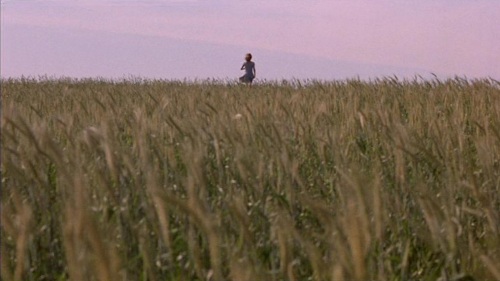 It’s a truly stunning sequence, enhanced by Thomas Newman’s music, the emptiness of the landscape echoing the emptiness inside her character. But then all the characters in Flesh and Bone are empty; they’re all searching for something without knowing, or understanding what. They move simply because they find it impossible to stay still; like the blood coursing through their veins.