Carole, Maggie and Other Screwballs

I can still remember the first time I ever set eyes on Carole Lombard. Inevitably it was in a screwball comedy, Twentieth Century. I’d just watched Ball of Fire, Bringing Up Baby and His Girl Friday for the first time, and was delving deeper into the world of screwball comedies and the Hawksian woman. 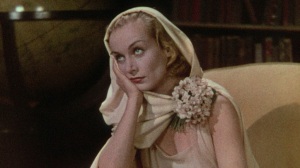 Lombard was a revelation, a great beauty with no qualms about playing the clown. I liked her very much and tried to track as many of her films as possible. Sadly, she never made it to her 34th birthday, dying in a plane crash in 1942. In the early 1990s, it was rumored that Michelle Pfeiffer and Tom Cruise were going to star in a biopic of the original queen of screwball comedy. The project never came to be. Even so, I still think Pfeiffer was one of the few actresses who could have captured some of Carole’s incomparable radiance and charisma. At her best, Meg Ryan was able to forge a link between the classics and contemporary comedies. Anyone who could marry cynicism, dark comedy, slapstick and vulnerability in the same film obviously had something special. Addicted to Love was her day of epiphany, a time when it seemed Meg would fulfill her destiny as the heir apparent to Carole Lombard. It was not to be. But here I still like to dream and remember my leading ladies as I first found them. Carole Lombard reborn as Maggie? Michelle masquerading as haughty Hepburn? Better Ryan as her 90’s screwball self. Charm, chutzpah and insouciance all wrapped up in the visage of a gorgeous, platinum blonde.